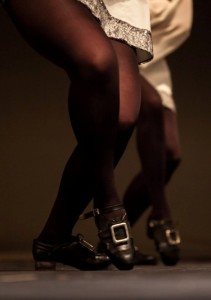 Irish dance is a combination of grace, physical fitness and lightness. It reached all continents together with Irish immigrants and it quickly gained great popularity.

Its characteristic element is a straight posture of the dancers performing all the steps with crossed legs and on tiptoe. The movements are very fast and dynamic which gives the effect of liveliness and fluency.

The beginnings of Irish dance date back probably to the times of the Celts. First mentions of it, however, were made in 11th century when the so called “feisianna” started to take place (events that connected fairs, sport games and music performances).

From the 12th century, the Anglo-Norman conquest started to weaken traditional Irish culture. In the middle of the 16th century, the well known dances were “Rinnce Fada” (“Long Dance”), “Irish Hey”, “Trenchmores” and the characteristic side step and seven step. With time, English “eradication of Irish elements” became stronger. Playing Irish bagpipes and learning steps of traditional dances was forbidden. However, dance remained present in the national culture. It became secret and mainly folk (performed at weddings, christenings and wakes). It was not till the 18th century when the breakthrough took place and Dance Masters appeared. They were travelling throughout the country, teaching their repertoire and refereeing at dancing contests. Despite the continual efforts by the clergy and English government to destroy the Irish dance culture, the attempts were not successful. 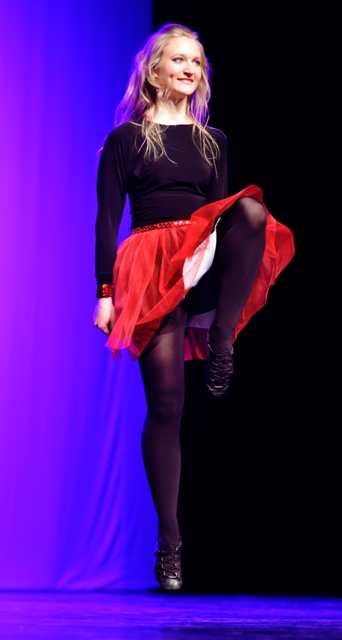 The contemporary history of the Irish dance starts in 19th century when the Celtic League is created, whose goal is to revive Irish culture, and subsequently, in 1929 – Irish Dancing Commission, which sets rules referring to dancing, music, dress, teaching, evaluating and competitions (the Commission still functions). Irish dance has been evolving during the whole 20th century. In the past it was danced on small spaces. These were frequently tables or barrel bottoms set in barns or taverns. Currently, the stage requires a lot of space, thus the steps developed into more lively and airy. In order to acquire this difficult skill, the learning of dance in Ireland starts from the early age. Before 1930 only boys could dance, later the girls were also allowed. The posture of the dancers changed as well. Earlier they danced with more loose hands, sometimes placed on hips. However, priests enforced the posture with hands held stiffly along the body because in this manner they were less provocative.

Depending on music, we divide Irish dance into four types:

Irish dress – the traditional pattern of Irish dress has not survived to this day. Every dance group designs their own costumes. Their common feature is a short skirt of the woman dancer that enables to observe the movements of the legs. Only during official dance competitions the dress model strictly defined by the Irish Dance Commission is required. Women have stiff skirts with one or two folds and bodices with lace collars. Men can dance in kilts in Irish checks or straight dark trousers, light shirts and dark jackets.